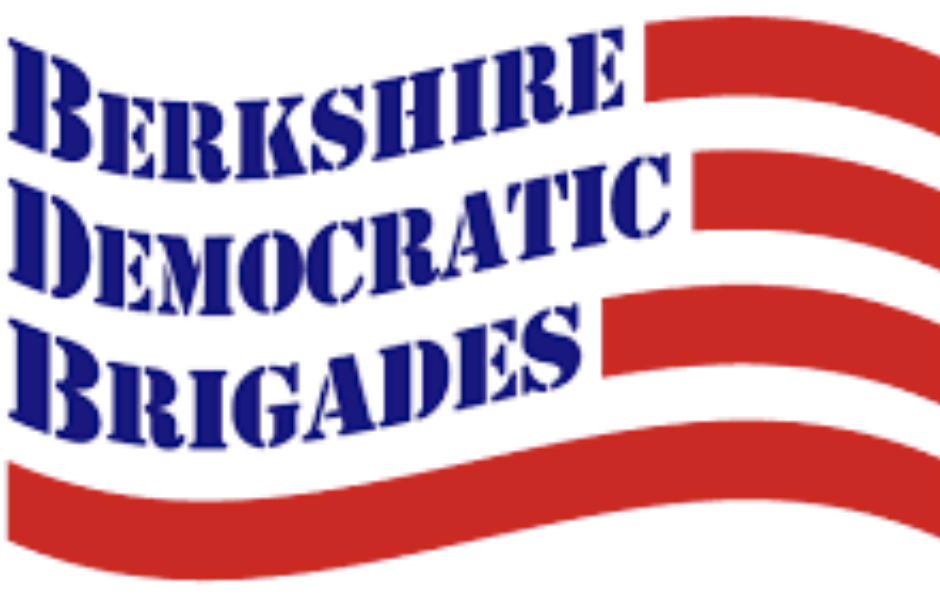 In a clerk’s office near you, a cynical attack on democracy
https://tinyurl.com/2gmp45y5

A bill introduced in the House to update the 1887 Electoral Count Act, which was implicated in the Jan. 6 riot, is in some respects better than the Senate version. https://www.wsj.com/articles/liz-cheneys-bill-to-stop-a-jan-6-repeat-electoral-count-act-zoe-lofgren-house-senate-11663691516

Berkshire Democratic Brigades holds meetings (currently virtual) on the second Wednesday of the month.  If you are not already on the Berkshire Brigades mailing list, sign up here to get notices of meetings including the opportunity to sign up for the meeting zoom link. 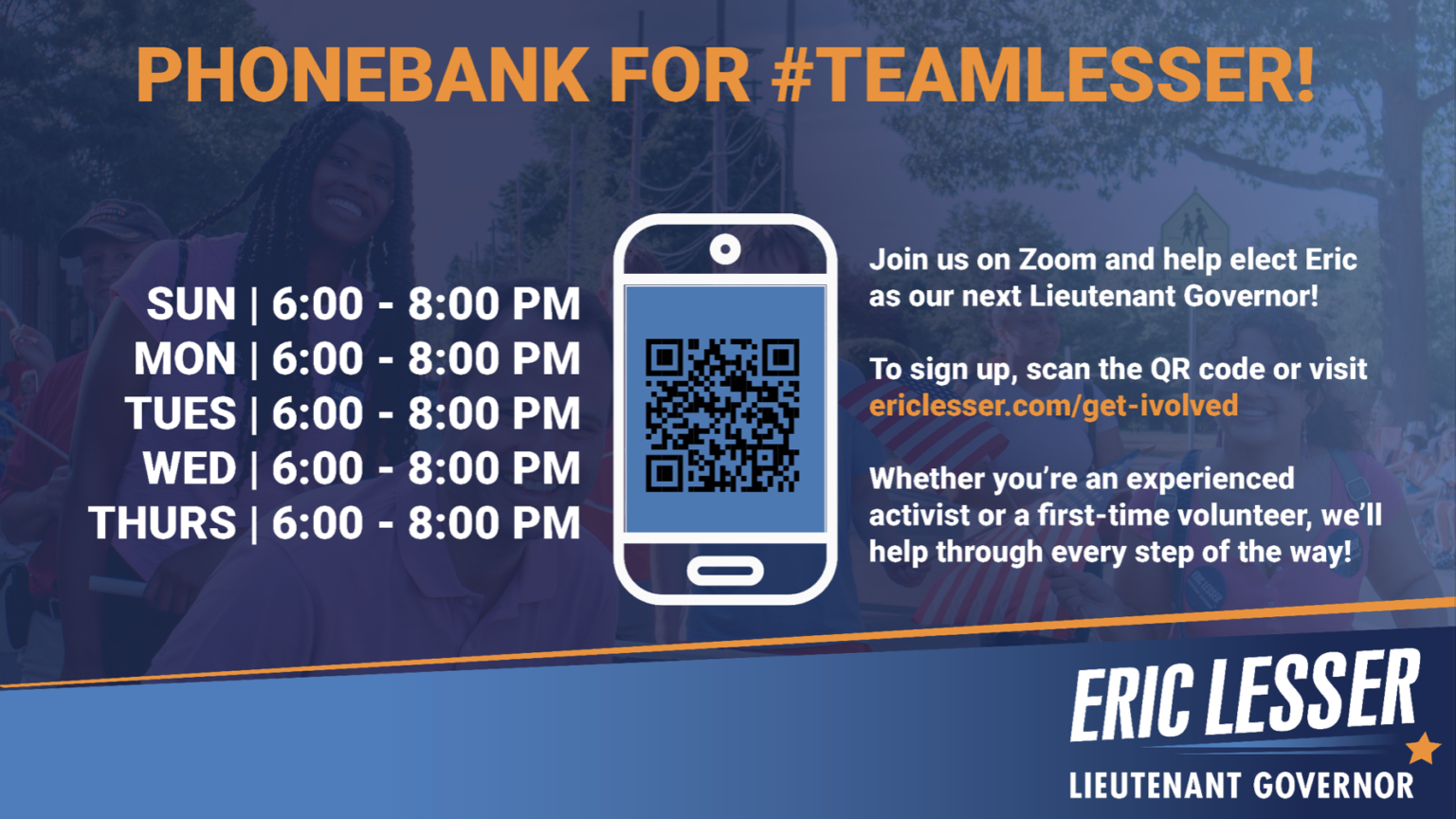 Letter to the Editor Berkshire Eagle

The Fair Share Amendment on the November ballot is a simple proposition.

(“Organizers want Berkshire County to put the Fair Share Amendment on the map. Here’s what you need to know about the tax proposal,” Eagle, April 5.)

If your taxable personal income is above $1 million, you’ll pay 4 percent more on income above that level. The money will go to infrastructure and education. Nothing else in the tax law will change. But opponents dark-money defenders of inherited privilege — are spreading sinister warnings about ominous complications and perverse effects.

Those claims are baloney. Here’s one of them, from a dire social media ad paid for by one of these dark-money outﬁts: “Unlike federal taxes, [the amendment] would treat one-time gains from selling a home as income.” This is exactly wrong. The FSA will treat gains from selling your house just like these longstanding tax rules already do. The net proﬁt from selling your house — that is, what’s left after subtracting what you paid for it and what you put into it and what it cost to sell it — counts as (capital gain) income. The taxable part is much less, because selling your home also beneﬁts from a huge deduction: $500,000 for a married couple. The FSA won’t change any of that.

Another phony claim, sometimes accompanied by hand-waving about “Subchapter S corporations,” is that the amendment will harm small business. But here, too, the amendment leaves longstanding rules unchanged. Small businesses sometimes set up as partnerships and Scorporations, whose proﬁts are passed through to the owners’ personal income taxes. The higher rate on higher incomes might mean that tax-delaying or tax-avoiding efforts founded on particular forms of doing business may be less effective. That’s not unfair: That’s the point. Very few truly small businesses would be affected. In Massachusetts, more than 97 percent of owners of “pass-through” entities have taxable personal income below $1 million.

The Fair Share Amendment is simple. However you get your income — whether it’s from a paycheck, working out of the back of your truck, raising crops or cashing brokerage checks — and however your organize that — employee, proprietor, corporation, partnership — if you clear more than $1 million in personal taxable income, you’ll pay 4 percent more on the excess over $1 million. The roads, bridges and schools will be worth it.

Letter to the Editor Berkshire Eagle

Town meetings in Otis, Lee, Becket, Dalton and Windsor as well as city councils in Pittsfield and North Adams have endorsed the Fair Share Amendment, a common-sense measure to make our state income tax more equitable and to raise funds for ongoing, sustained investments in education and transportation.

We need this badly. Roads, bridges and public infrastructure are chronically underfunded in Western Massachusetts to the tune of $100 million per year, according to an October 2021 report by the State Auditor’s Office. Auditor Suzanne Bump has called for a Rural Rescue Plan to increase Chapter 90 funding, create a public infrastructure agency and enhance access to broadband. The FSA, which is expected to raise between $1.3 billion and $2 billion annually by levying a 4 percent surtax on taxable income in excess of $1 million, would help fund this shortfall.

We also need investment in early childhood care and education, greater access to vocational education and lower tuition at our public colleges and universities. Again, FSA revenue would help.

Is it unfair to ask those who can easily afford to pay more to do so? Hardly. During COVID, the wealthiest among us have seen their incomes and wealth increase substantially while many of the rest of us have suffered, as Don Morrison noted in his excellent column, “Welcome to the new Gilded Age” (Eagle, May 20). The fact is, the wealthy have opportunities to avoid paying their fair share of taxes by taking advantage of loopholes not available to wage earners. High earners actually pay less — a lot less — than the rest of us. The Massachusetts Budget and Policy Center reports that the richest 1 percent pay only 6.8 percent of their income in state and local taxes, while the bottom 20 percent pay 10 percent.

While the well-funded opposition to the FSA has stoked fear in smallbusiness owners and farmers, this fear is baseless: A small business or farm bringing in more than $1 million annually in profit is not a small operation, and any business or farm doing so should pay its fair share of taxes. Without public investments in education and transportation, businesses and farms would not be able to bring their products and services to market. Those public investments make Massachusetts a desirable place to live, work and, yes, build a business. Let’s share the burden more equitably.

Opinion | This Threat to Democracy Is Hiding in Plain Sight

Trump and his allies are trying to take over the machinery of American elections.
View on Facebook
· Share

In a clerk’s office near you, a cynical attack on democracy

Democratic Unity Canvass in Pittsfield TomorrowTimeSaturday, September 1710am – 1pm EDTLocation765 Tyler StPittsfield, MA 01201Coffee and doughnuts provided.About this eventJoin us in Pittsfield to talk with your neighbors about why you will be supporting Maura and all Democrats in the 2022 general election.If you have any accessibility needs, please let Lucas Benjamin know by emailing Lucas@maurahealey.com or calling/texting (413) 464-1171 so that we can make sure the event will be accessible and comfortable for you.We’ll see you there! Thanks for being a part of this team.Sign up for the canvass HERE.Or sign up for phone banking every Wednesday and Thursday evenings from 5 to 8 HERE. … See MoreSee Less